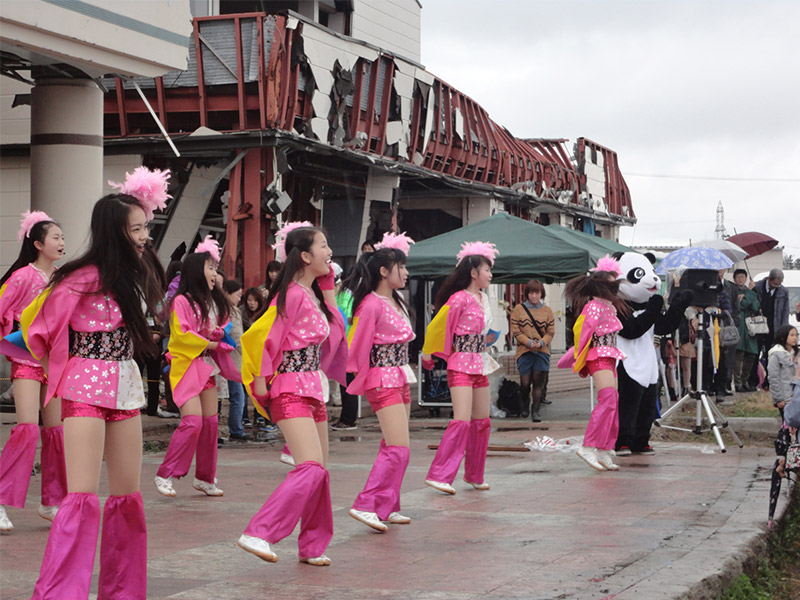 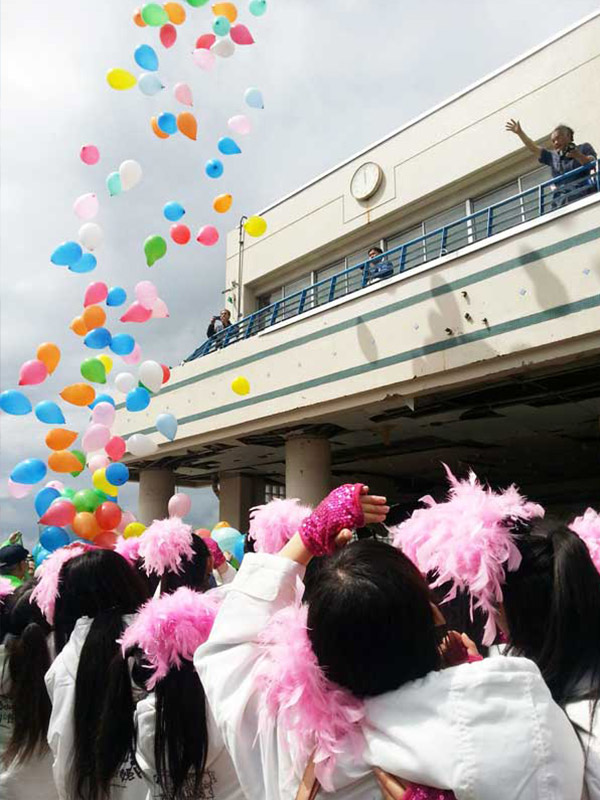 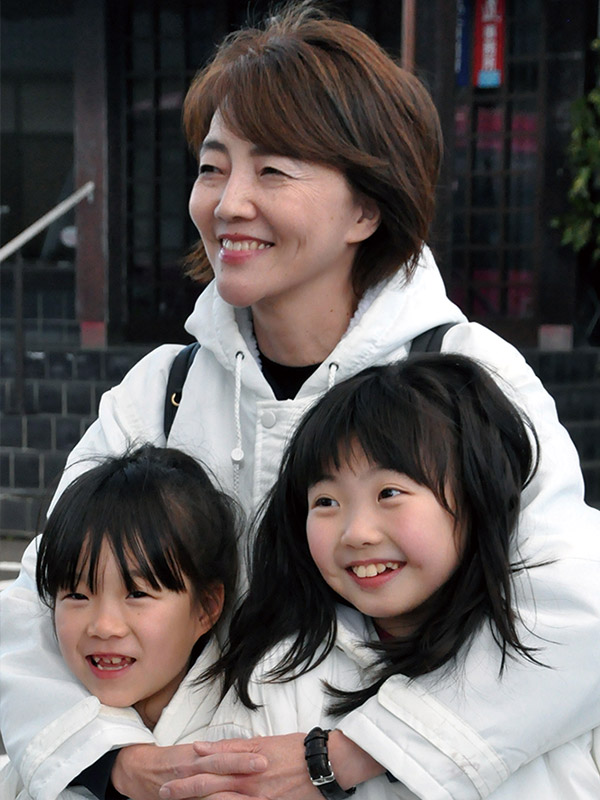 Why did I produce the ORI☆HIMETAI? 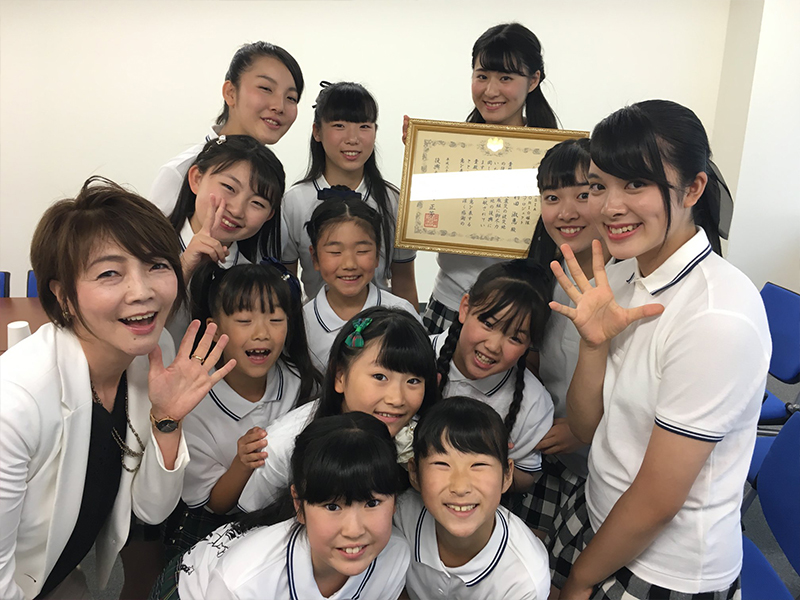 I founded a nonprofit organization “JASIA” in 2011. And I am the representative of the organization. We have been doing volunteer activities for the reconstruction from the Great East Japan Earthquake. At that time the area where I lived and I worked was terribly damaged by the tsunami and the earthquake. Worst of all, the accident at the FUKUSHIMA No.1 nuclear power plant had occurred. This serious problem really struck me most, and triggered off my activity of the ORI☆HIMETAI. “Is there anyone who teach girls about the effects of the nuclear disaster?” I was the most anxious about the education of the children of the devastated districts. Because they would be mothers to have babies in the near future!

I gave priority to such issue as the FUKUSHIMA nuclear plant crisis, on the other hand there were tons of problems left in TOHOKU districts, e.g. the rebuilding of the economy, the natural disaster prevention, the environmental preservation, the support of children, elderly persons, persons with disability, sick persons, and the mental reconstruction aid…and I was confirmed absolutely all of them were the motivations for startup of the ORI☆HIMETAI.

SENDAI is an important central city as the hub of TOHOKU district, which is called “City of trees." This beautiful city and from children to elder people were suffered from unprecedented damage. In fact some of the ORI☆HIMETAI members and their friends had lost their family, relatives or friends, and had their school, home washed away. I made up my mind to support our hometown and the areas which still face to many hard-to-solve problems in not only MIYAGI but also IWATE and FUKUSHIMA, and to extend our thanks to all people who sent money and many goods for the aid, especially for the children from Japan and abroad since immediately after the quake. And then I invited 9 girls who they lived in the damaged areas in MIYAGI prefecture to be a member of the ORI☆HIMETAI.

First, I brought them to the temporary houses and stores here and there to deliver their performance with their big smile, and handed the donations. And almost ten years have passed, now we are kept on cheering up some new houses and brand new towns where the people moved to from the temporary houses. Besides, we are trying to challenge new volunteer activities for the disaster prevention for kids, global environmental problems, the welfare for our children's future.

Mainly, I have been educating and bringing them up to be a leader who will be active internationally in the future from the natural disaster areas. Actually for over the last 9 years since that quake, I visited 9 foreign countries with the ORI☆HIMETAI members to express gratitude directly to the people for the aid. Many children got truly a great help from overseas at that time. And English is the most useful language to communicate with numerous people all over the world. I want them to express their thankful feelings in English or the other mother tongue of the countries that we visited, in order to communicate by themselves and know each other. After all, I believe the aim of our activities could lead us to the peace of the world. 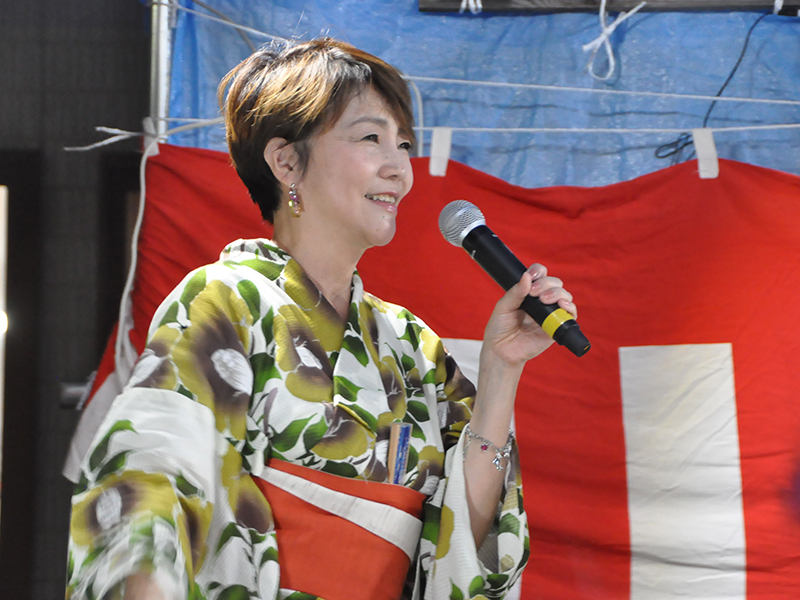 The ORI☆HIMETAI is an idol unit based in SENDAI, MIYAGI prefecture to support post-disaster reconstruction, consisting of elementary, junior high school, high school, and university students, who are living around the coast in MIYAGI, which were devastated by the tsunami in March of 2011.

The girl members practice hard to sing and dance day in day out so that they can deliver smile and courage to the people in the area with slow progress in reconstruction through our stage event activities.

To take advantage of the location of SENDAI, as seen in our unit's name after ORIHIME-legendary Princess Weaver for whom we holds famous Star Festival.
We aim to send out information on not only the disaster but also wonderful charm of our local districts and Japan to home and abroad.
We will be happy if you find people here forward-looking, cheerful and strong through ORI☆HIMETAI.

As you can see in the lyric of ORI☆HIMETAI’s reconstruction supporting song “I’m Home” -「悲しみのかたまりに、泣き続けた時あるけど、ありがとう、そばにいてくれて～ Once I was a bird I could not fly. But now no tear no time to cry. Believing you, it's nice to know you'll stand by me～』

The ORI☆HIMETAI members have a big and global dream. Be the most famous artist in Asia!

We will be very happy if you give your support to us!